Some of my posts maybe in all kinds of order as a lot has happened in the last few months and I'll tell you about them as and when I feel like talking about it all. Some things had quite an effect on me and my life, so I have to share them when I can.

As I mentioned in my last post, I was stranded in England! In February, we popped back to the UK for a big party for T and it was lovely seeing everyone but this happened! 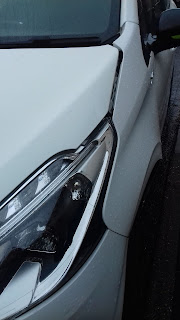 I think it was probably one of the slowest crashes I've ever been involved in! It was in a car park and the person just kept driving, I had nowhere to go as he slowly crunched the front and side panel in!

So, anyhoo, he admitted full liability and his insurance company covered everything including a hire car. They said it would take three days. I came home, sorted out the animals and helped my son pack his things to move back to England. I booked the car in and expected to take my son back, have a couple of days with him and his sister, fill the car with tea and horse feed and return home to France.

Well, let me tell you dear friends, when an insurance company tells you something, check it with the garage as often they have no idea how the garage operates. So, long story short, I was stuck waiting for my poor little car to be fixed. I was lonely, homesick and although enjoying being with my children, dreading the day I would drive away again.

As it turned out, leaving them wasn't too awful, I survived, and they promise to visit in the summer. 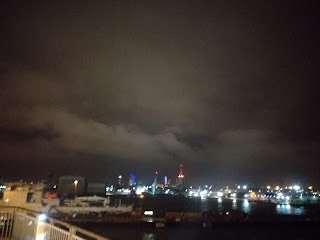 It was sooo windy on the ferry, but I had a lovely walk around the deck and just revelled in the feeling of going home. 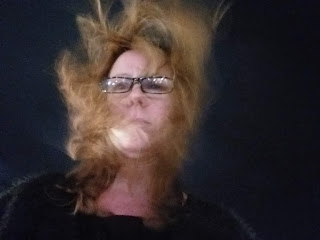 In my cabin, I had wine and a picnic. It was lovely :D 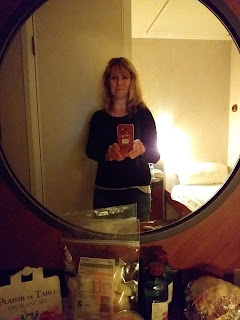 St Malo was a welcome sight the next morning, it's a beautiful city and maybe one day I'll visit properly, instead of zooming through! 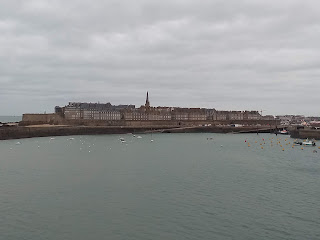 My beautiful Manchee missed me sooo much. He followed me everywhere for the first day and just couldn't stop staring at me. He's still really cuddly nearly two weeks later. I do love this boy <3 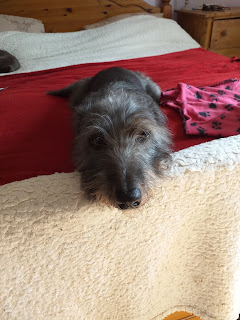 I wasn't intending to tell the long and not very interesting story of being stuck in England, but I suppose I needed to get it out, like squeezing a boil. I still tear up when I think of my children, young adults starting their own life adventures and being stuck away from home and helpless really took it's toll on me. I haven't had black days like that since coming to France.

I'm home now and moving forwards, that's where I need to focus.  The Ormus continues to work and my morning routine of getting up early, doing my stretches and feeding the animals is still working for me. Even my Bursitis is easing and my pains are from working hard with soft, lazy muscles unacustomed to so much hard labour :D

I can't guarantee that I'll be posting daily but my new routine has begun, so it's looking positive so far. 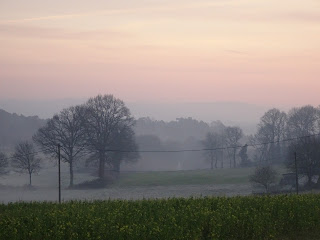 This morning I got up, threw on pj bottoms and a jumper, drank my glass of Ormus and ran outside to feed the ponies and chickens. Then it was back inside for more plain water and a 10/12 minute yoga stretching session. In time I hope to build up to a proper yoga session but I'm still adjusting to the new routine.
The old routine was that T would get up first, put the kettle on, feed the cats and let out the chickens while I tried to grab some extra sleep. I could sometimes manage a good half an hour waking just before my tea got cold. Then I would drag my heavy, aching body out of bed to begin the day.

So here's what's changed, and I hope it lasts. I was stuck in England a couple of weeks ago, completely helpless and unable to return home after my car was held up in the garage. I was only expecting to be there a few days only to be told the car could take weeks! After a day of feeling very sorry for myself I decided to put my time to good use. I'd taken my son back as he wanted to get on with his life and it's too quiet and isolated where we live in France, so I managed to spend a lot of time with him and visiting his sister the Moomin who went back before Christmas.

I also wanted to catch up with my dear friend and Reiki master as she had lost her dog in January and was taking it hard and so I wanted to give her a hug in person.  We had a wonderful day talking and drinking coffee and it put peace in my soul. Then she told me about her healing project making Ormus. I've looked at this in the past and was a bit sceptical. Ormus is also known as Manna and has all kinds of health properties and benefits, too many for me to go into now, but I urge you to look into it and draw your own conclusions. So I took my first dose and to be honest felt really quite weird, light headed and a bit spacy. After the first couple of days that wore off and nothing much happened but I carried on taking it during my stay and on my eventual return to France.

Yesterday was exactly two weeks since my first dose and I was up with the lark and raring to go. My body felt light for the first time in years, like I'd been wearing a lead suit and finally took it off!   It was honestly like waking from a very bad dream.  It was the first morning I began the new routine and I managed to keep up quite a pace all day and even stacked the 30 bags of horse feed that were waiting for me when I got back from England! After that I cleaned the house and took the dogs for a walk! 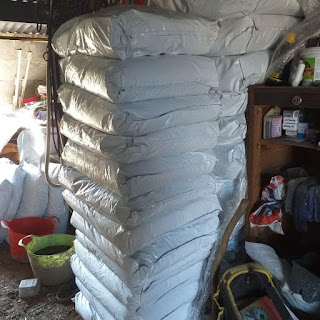 Now, I'm not sure how long this energy will last and last night, every muscle in my body ached, so the pain is still there, and I had my typical cold like symptoms that warn me to slow down but this morning, I was again up, bright and early.

I also managed to do the next part of my Herbalism course, which I'd been delaying because of one difficult question. So it seems that my brain is more alert as well.  Fingers crossed this lasts because it feels great :D

I hope I can find my way back to blogging as I've suddenly begun to miss putting my thoughts into stories and snippets of my day.
I've been so busy looking after the animals and getting the house together on top of starting my new business that I've literally fallen into bed each night too exhausted to even think about getting up early to blog.  I prefer to blog in the mornings when my brain is still fresh and untroubled by the rest of the world.  However, living here, it's possible to avoid the world outside for good long stretches of time. It's very healing.

So, if it's at all possible, I will be writing a proper blog post with pictures and updates on the animals and all that we've been doing.  The ground floor of the house is almost finished, so there will be lots of lovely pictures to share and an update on where the 'no poo' and other hair stories has led me :D

Soon, dear friends.x
Posted by Yarrow at 04:28 No comments: